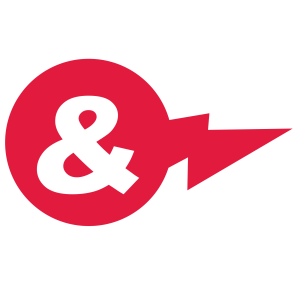 Do you ever feel like the harder you push yourself, the less movement you actually create? Or maybe you have an amazing, innovative and creative idea that just never seems to pick up momentum? You may have physics to blame.

Take a minute and 21 seconds to watch this video of Michael Guerra.

It feels counterintuitive that taking his feet off the pedals would allow him to go faster, so how is he able to zoom past the other bikers?

It’s the resistance. The resistance fights against all things, but big things make it easier for resistance to put up a good fight. You can pedal harder and make some progress, but resistance will keep you from moving your fastest. Instead of his vertical body size, Michael Guerra challenges resistance to slow him down by presenting the smallest version of himself, the surface area of his face.

What’s this mean for us? We’re pushing ideas, products, ourselves…

We need to smallify. So let’s figure out how to do that together.

Sometimes it is the steps ahead that feel big, and we know the resistance pushes back well on big things. If we can take a bunch of tiny steps, we can pick up speed and momentum for later, bigger steps.

How do you make your next steps smaller, easier to tackle, easier to accomplish?

Big ideas let all kinds of resistance push against them. The main ones tend to be the resistance of other people and your own fear that you aren’t worthy of making such a large dent in the universe. You are. We just need to trick resistance until you believe.

How do you make your idea smaller to make adoption easier without sacrificing the real bigness of it?

You’re burning the candle at three ends. That’s how hard you’re pedaling… you’ve invented a candle with three ends. But it just doesn’t seem to be getting you where you want to be or producing the kind of impact you want to make. Is there a fourth end to the candle? Or can we smallify?

How do you make yourself smaller and more focused into a compact surface area of awesome?

I’m looking for your answers, or even your questions to push this further. Let me know your thoughts.