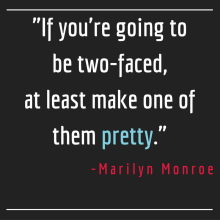 Everyone has heard a tale or two of people with diverse, opposite appearances. The Frog Prince and the Beast can change form with true love, Dr. Jekyll and Mr. Hyde serve as faceted personalities of the same man, and Hulk smash when Dr. Banner gets mad. While the characters’ appearances serve as moral backgrounds for allegories and folk lore, there is a lesson to be learned here for innovators.

We’ve talked before about how prototyping should focus solely on the verifiable hypothesis.  And we’re not backing down from this stance. You should be out there making the “ugly” prototypes quickly to learn and iterate with your customers. However, is there value to a “pretty” version? A benefit from a Dr. Jekyll over a prototype Mr. Hyde?

You bet there is! If there wasn’t, this would be a boring post. “Nope no benefit. Just thought I’d throw that out there. Thank you and goodnight.” The benefit comes when you need to generate some buy in. You’ll have one version for testing and one for pitching.

Just like any good salesman, marketer, or presenter will tell you, you have to know your audience. When you are prototyping, your audience is there to give you feedback on functionality. When you are trying to generate buy in, your audience is there to judge, question, and poke holes in your idea. And I mean that in all the best possible ways. You are asking for their commitment to your idea so they need to be able to feel as comfortable as they can with it. They have their own set of lenses that they view this trough. Mostly the “Am I impressed enough to lend support or resources to this?” lens.

You need a pretty and shiny version to create a wow moment.

Generating buy in means that you are asking people to jump aboard your ship after it has already set sail. If they are sitting on the dock looking at your wireframes or paper prototypes, it may be hard to convince them to jump. This past weekend I saw part of a quick and dirty boat building competition and I can say that there were a few “boats” that I would wave to safely from the dock. These were literally prototype boats that were testing out new ideas by people who had minimal skill in sailing, and only some entry-level life experience in buoyancy.

You want people to jump on your boat? You have to make your boat a more attractive place to be than the dock.

This is why you build the Dr. Jekyll version of your solution. The classy and marketable iteration. While it may be tempting to throw all kinds of features and version 5 ideas on to it, I would caution against them. Stick with your validated functions, the stuff that has been user tested, analyzed, and solidified. You are taking large risks showing features that haven’t been tested yet because you haven’t proven that the customer wants or will use them. This could lead to a difficult conversation to have with a backer who was sold because of this shiny future feature. Don’t stray from validated mechanics.

Even if you don’t have the time or the resources to get it to the minimum marketable version (the smallest group of validated features with an appropriate user experience that can be sold) a prettier-than-prototype version can serve you well. You can find ways to “Wizard of Oz” your prettier-than-prototype version that makes it feel real. It is more like a mock-up, a scale model, an artist’s representation of awesome.

So when you need to generate some buy in, know your audience and encourage them to come aboard with Dr. Jekyll’s shiny schooner. No one is jumping on a cardboard clipper with Mr. Hyde.